Electric vans available in the UK in 2018 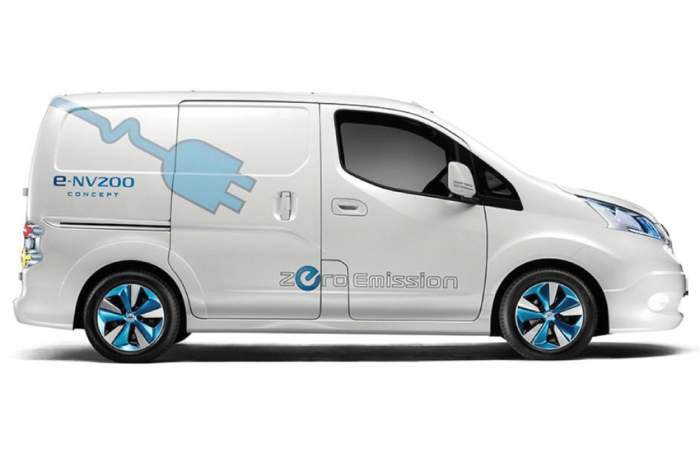 With revolutionaries like Elon Musk in the world showing us the way to a greener future with our vehicles, it comes as no surprise that the world’s largest van manufacturers are following suit.  Volkswagen, Ford, Mercedes, Iveco, Peugeot and Nissan to name a few are offering commercial vehicles that appeal to businesses with an ecological sway.

At present electric van sales make up a tiny fraction of van purchases here in the UK but over the next few years they’ll be making their mark on the industry becoming an everyday sight on our roads. Pollution, especially in our cities, is at an all-time high so like the Tesla’s, the trademark electric whistle of the motors will quickly become the norm from our passing tradesmen and couriers alike.

It’s not just those with a naturally green approach to business who will be buying the electric vans either. Boris Johnson’s ULEZ scheme will be hitting the diesel vehicle drivers in the pocket if they choose to enter a low emission zone if the vehicle doesn’t comply with the Euro 6 emissions policy.

Pioneering car brands Nissan and Renault have capitalised on their already largely adopted electric car technology and are leading the way with the Nissan e-NV200 and the Peugeot Kangoo ZE offerings and while they have dominated the market up until this point, the competition has woken up and things are about to get very interesting.

What vans are available?

There certainly isn’t the abundance of electrical vehicles on offer to match that of diesel vehicles but the table will be turning soon enough, and this list will be growing exponentially over the next few years.

Right now though, if you’re thinking of making a greener van purchase, these are your options:

Nissan tout this as the van to have if you make early morning deliveries due to its near silent running. Easy loading access offered through the sliding side and rear fold out doors. An extremely popular choice having been available since 2016 it was the most popular purchase in the van world for 2016 and 2017 running.

The upgraded version of the Kangoo gives a much better range at 170 miles making this a practical choice for a potential buyer. All e-vehicles are quiet but the Kangoo offers a pedestrian alarm between 1 and 19mph which comes in extremely handy for safety when in the busy streets of the city.

The standard Berlingo is a class leader in the small van range and the electric version is no different. Electric windows, doors, mirrors and Bluetooth / MP3 all as standard.

Despite its cute size the passenger seat folds down and takes the load length from 1.8m and 2.05m (model dependent) to a whopping 4.4m. The middle seat also folds down to a desk which is a pretty neat feature for any paperwork you might need to do on the road.

The eDucato offers 7 load volume options and has payload availability from 821KG up to 1267KG which is pretty staggering given the larger is part of the 3500KG class and the batteries for these vehicles weigh so much.

The beauty of the Iveco lies in its heart – the battery. With fast charge times and a heater pump to ensure no battery performance degradation in cold weather, this is the van you can rely on. And what’s more the batterie(s) (you can have 1-3 dependent on spec) are fully recyclable. This is what we like to see!

Multimedia is taken care of with the inclusion of a 7” detachable tablet and best in class technology – ‘Tom Tom Bridge For Iveco’.

Pro’s and cons of Electric Vehicles

The Not So Good

To summarise, electric vans are here to stay – they are very much a viable option for the likes of your local tradesmen / courier rounds where running costs and reliability are of utmost importance. The large van offerings need a little more time but maybe with the advent of the e-crafter and e-sprinter coming to market in 2019 the government will change the policy to allow increased gross weight in the 3500KG class to allow for the extra weight in the technology. All in all, saving the planet whilst reducing your business costs has to be a compelling incentive when considering your next van purchase.

If you make the leap of faith and purchase your dream electric van then feel free to give us a call should you wish to discuss van insurance options.